Remove a limiting belief in about 20 minutes

A limiting belief is a false generalization about reality that causes you to freeze up when it would be more intelligent to act. Limiting beliefs cause you to miss opportunities.

For example, if you have the limiting belief that mistakes and failure are bad, you’ll avoid many growth and learning experiences because you'll try to avoid making mistakes. Your career and relationships will surely stagnate.

The truth behind this false belief is that while some mistakes can have huge negative consequences, most mistakes are minor and serve as good learning experiences for us.

Failure is a normal and natural part of life. We must fail often in order to learn and grow. If you're unwilling to risk some mistakes, you can't learn and grow. A child with such a belief would be unable to learn to walk, talk, or build any meaningful skills.

Unfortunately it's possible under some circumstances to adopt the false belief that mistakes must always be avoided. Maybe you made one big mistake with negative consequences in the past, and this caused you to overgeneralize based on that experience and become way too risk-avoiding in your behavior. Being overly risk-avoiding, however, is not intelligent behavior.

Many limiting beliefs get installed during childhood, but that isn’t always the case. The pattern is that your mind drew false generalization based on one or more specific events. It assigned questionable meanings to those events, and those interpretations are disempowering you. As a result your mind blocks you from taking certain actions, even though the actions may be reasonable and intelligent choices.

Fortunately, you don't have to continue living with false beliefs stuck in your mind and controlling your thoughts, feelings, and behaviors.

The best and simplest method I've encountered for removing a limiting belief is the Lefkoe Method.

I first met the creator of this method, Morty Lefkoe, in Bermuda in 2009. He personally walked me through the process and helped me eliminate some limiting beliefs that were slowing me down when it came working on team projects. The results were powerful. A few months later, I did my first three-day public workshop. And since then I've done many more team projects and no longer feel limited in this area. I especially like that the change was permanent.

I soon began sharing the Lefkoe Method on my website, and thousands of StevePavlina.com readers have benefitted from it. I've received many grateful emails attesting to the method's effectiveness and the positive results people experience after using it.

Benefits of the Lefkoe Method

Here are some of the many benefits people experience after removing limiting beliefs with the Lefkoe Method:

Without limiting beliefs to slow you down, you can get more done.

Feel secure and centered in the company of people.

You can take a lot more action when you aren't afraid to fail.

Free yourself from perfectionism

Explore, experiment, and find your path to success without freezing up.

Feel good about what you have to offer.

Be more easy-going and enjoy the fun side of life.

Try the Lefkoe Method for free

I encourage you to try Morty Lefkoe's process for free.

The Lefkoe Method is easy to use and takes only 20 minutes to permanently remove a limiting belief. You only need to use it once for each limiting belief you want to remove.

Give the Lefkoe Method a try right now for free. Twenty minutes from now, you'll see a noticeable difference.

Try the Lefkoe Method for Free 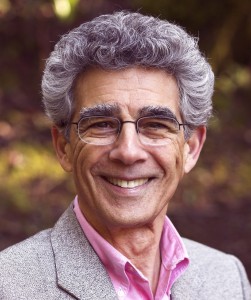 Remove a Limiting Belief for Free