My girlfriend Rachelle and I got married on April 3rd. 🙂

We’ve been together for more than 8 years, so you could say we took our time to reach this point. We met at the first Conscious Growth Workshop in 2009 – very briefly – but we didn’t get romantically involved till January 2010, a few months after Erin and I separated.

Since Rachelle is from Winnipeg, Canada, we’ve been in a long-distance relationship for all of this time. She’d typically stay with me in Las Vegas for 6 months total out of each year (the legal limit), usually for 2-3 months at a stretch and just on tourist visas. Then I’d visit her in Canada, or we’d travel to other countries together (about a dozen so far) for other parts of the year. But we’d still spend 4-5 months apart most years, and during those months we’d keep in touch via Skype and FaceTime.

As odd as it may sound, that worked very well for us. It was hard being apart for long stretches, but we got used to it. We’ve hugged and kissed each other hello and goodbye at more airports than I can remember. Sometimes we missed each other a lot, and we’d count down the days till we’d see each other again. But we also had lots of freedom to explore our lives as individuals. There was something extra special about finally seeing each other again after being apart for so long. It was like living in two different modes.

This latest stretch together we did something different, and she stayed with me for nearly 6 months in a row, since October 2017. We’d never been together in the same place for that length of time before. That’s the maximum that a Canadian can visit the USA on a tourist visa, and it’s also the limit for any 12-month period. We still traveled a little during this time, but only within the USA (California, Texas, Florida, and Utah). If she’d returned to Canada afterwards, it would mean she couldn’t come back to the USA for at least 6 more months.

We’d been talking about marriage for years, and during this longer stretch of time together, we came to realize that doing the international back-and-forth just didn’t make sense for us anymore. It was time.

It was only in March that we made the decision to get married, although we’d be talking about it for years. Since Rachelle could only legally stay in the USA till April 9 on her tourist visa, that gave us two options. (Technically there are more options, but there were really just two that aligned well with our particular situation.)

We could get married quickly and then apply for a change of status, which would allow her to stay in the USA continuously while waiting for her green card, which is currently estimated to take 11-17 months. She’d actually be restricted from traveling outside the USA during that time while waiting for approval, and she’s okay with that.

The other option was to apply for a fiancée visa, which would require her to leave the country for 7-9 months while waiting for approval. Then after approval we’d have 90 days to get married. And afterwards we’d still have to go through much of the same process from the first option. So while this second option would’ve given us time to plan a bigger wedding, neither of us wanted to go that route since it would add almost another year of delay.

We both felt it made sense to keep it simple, especially to minimize further bureaucratic interference in our relationship. We were married in a very small ceremony with just one local friend of ours as a witness, so there was no big wedding. I had already put my friends and family through that type of experience 20 years ago with my first marriage. And Rachelle wasn’t interested in the big wedding experience. So in our case the path was pretty straightforward.

Fortunately Vegas is an easy place to get married. We were able to pick up our marriage license and walk one block to the office of civil marriages and get married without even making an appointment… so no Elvis-themed wedding chapel for us. It was super simple but really nice in its own special way. Rachelle got misty and started crying while saying her vows. Afterwards we went out to dinner with our friend.

When I had the big family/friends wedding in 1998, there was so much to pay attention to throughout the day, and somewhere in the middle of the day, the ceremony happened. The way Rachelle and I did it, we were able to focus more on each other. I really liked that, and I smile when I think about the special moment we shared. It felt very intimate.

When some members of Conscious Growth Club found out that we were getting married, they secretly put together a photo montage of their well wishes from around the world. Rachelle and I thought that was really sweet of them. We were touched by the gesture.

After the wedding we spent the next several days filing immigration paperwork to begin the process before Rachelle’s tourist visa expired. I think the packet we mailed must have been nearly 100 pages long, including all the documentation requested. Seriously, it was less paperwork to file bankruptcy when I had to do that in 1999. We just took our time and went through it very methodically.

Rachelle’s immigration to the USA should be fairly straightforward since she’s now legally considered an immediate family member. We have ample proof of our 8+ year relationship, including the fact that I’ve blogged about it along the way, so when we do the in-person immigration interview later, we can give the immigration agent more evidence than s/he would likely care to see.

The part that makes us both happy is that now she can legally stay in the USA while the immigration process unfolds and we wait for her change of status to go through. She’s now been in the USA continuously for 6 months and 1 week.

Since I’ve previously been through a divorce, I had a lot of resistance to getting married again. Rachelle and I had discussed it many times before, and for years I was on the fence about whether it was a good idea. But for most of our relationship, there wasn’t any strong pressure to get married. Our relationship was working so well for both of us, and I was concerned that getting married might somehow mess it up. This might sound strange, but in a way I liked her too much to want to marry her.

What helped tip me into feeling good about the decision was an idea that came from marketing, of all places. I suspected that my objections were probably more emotional than rational. So I applied the notion of answering objections, like you’d do in a sales video, to my own objections to getting married again. I realized that these objections were my sticking points, so I brainstormed and actually listed them out. I journaled about each one, delving into it to see if it was actually true. Many of my objections didn’t hold up to logical scrutiny. And those which were semi-valid all had reasonable workarounds. Doing this was all it took. This simple process helped me reframe the marriage possibility, and I felt good about committing to it. And now that almost two weeks have passed, I feel even better about it. I feel aligned with this direction.

Another benefit: I was a little stuck because I’m creating a video course on goals and clarity for CGC, and I wasn’t feeling congruent about my own lack of clarity regarding getting married or not. Working through my own clarity challenge with marriage actually gave me a way to improve the course by designing some additional content to share the process I used to overcome doubt by listing and addressing objections. I realized that creating clarity isn’t enough. We also need to address doubt; otherwise we can still re-inject doubt after creating clarity. So in a way it was a gift that I had to work through this personal alignment challenge first.

Moreover, this process had another powerful effect that I didn’t expect. It helped me reframe how I thought about my first marriage. I realized that even though it ended in separation and divorce (after 15 years together, 11 years married), it was still a good marriage for us both, and we each grew a lot from it.

I came to accept that even if a marriage ends in divorce, it may still be a good marriage and still worth experiencing. That helped me address my primary objection: if I get married again, there’s always the possibility of growing apart and getting divorced again, and that’s something to be avoided. I think that resisting divorce was responsible for about 80% of my resistance to getting married again.

Throughout my wedding day with Rachelle, I experienced multiple flashbacks to my wedding day with Erin 20 years prior, a day I remember vividly. I imagine this is probably a common experience when people get married a second time. Although the days were structurally very different, some thoughts and feelings were similar – lots of love, excitement, hope for the future, thoughts of building a life together, etc.

The first time I got married, I didn’t fully grasp the possibility of growing apart over time, and now I know that’s a real possibility. Rachelle is aware of this too. She was engaged once before, many years before we met, and she broke it off as she and her 7-year partner grew in different directions. This awareness actually makes me feel more secure in the marriage since I feel we’re making a more informed decision and not just succumbing to a fairy tale.

Rachelle and I have had a very close, loving relationship for all of our years together. We connect so well on so many levels, and we seem ridiculously compatible in our values, interests, and lifestyle pursuits.

Here are some pics from our long history together: 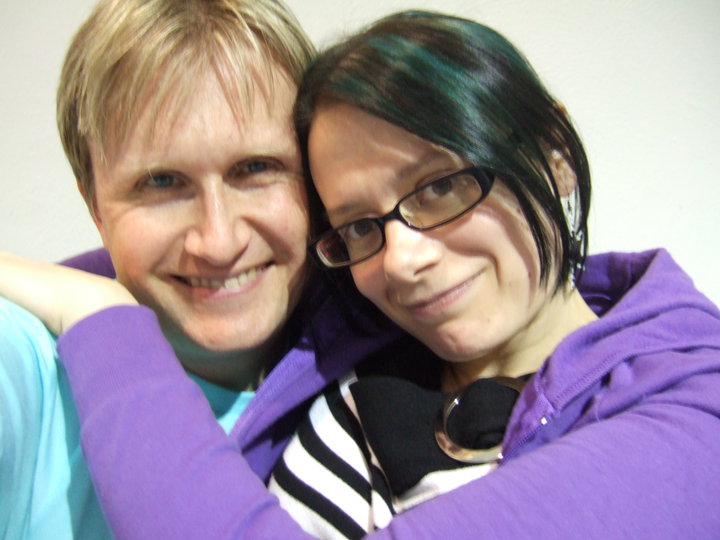 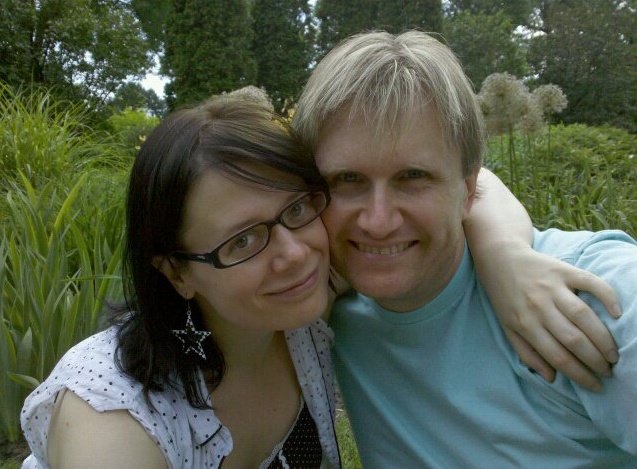 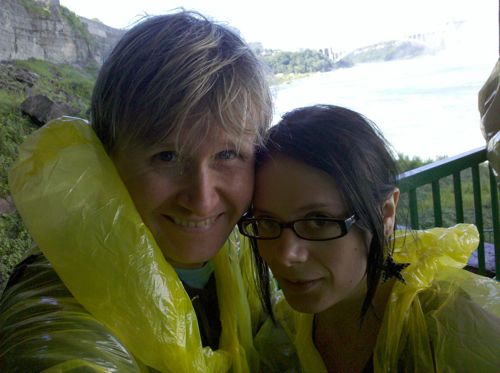 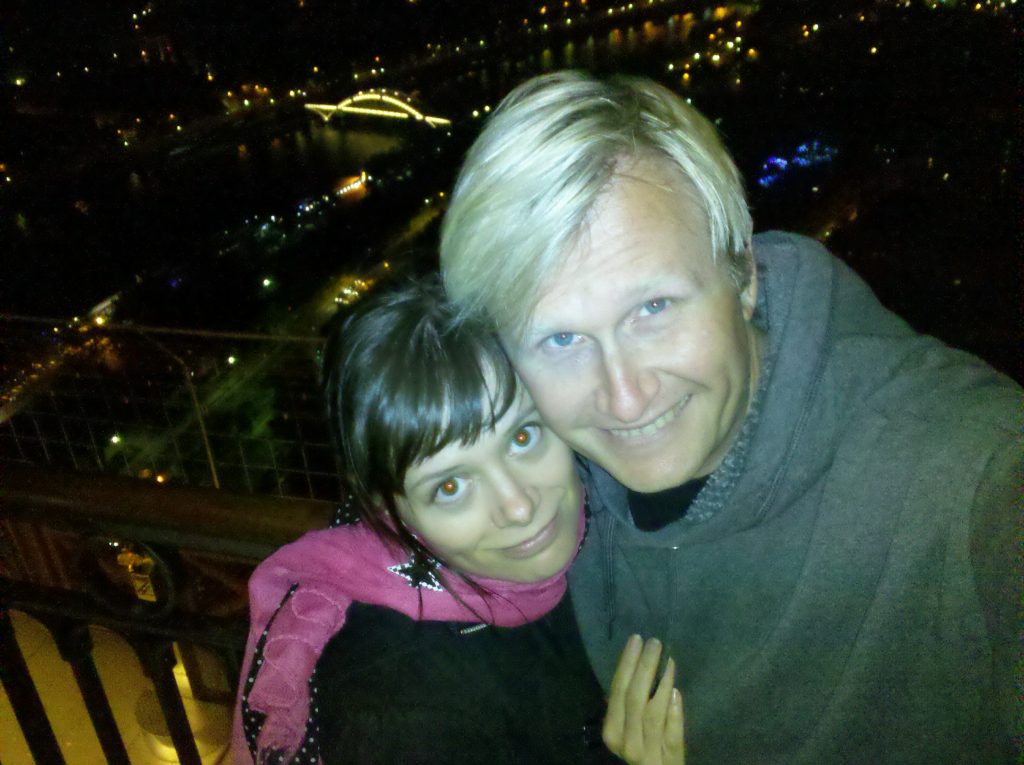 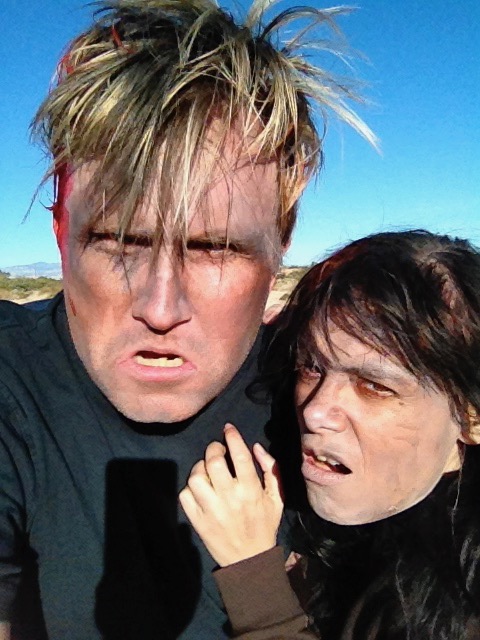 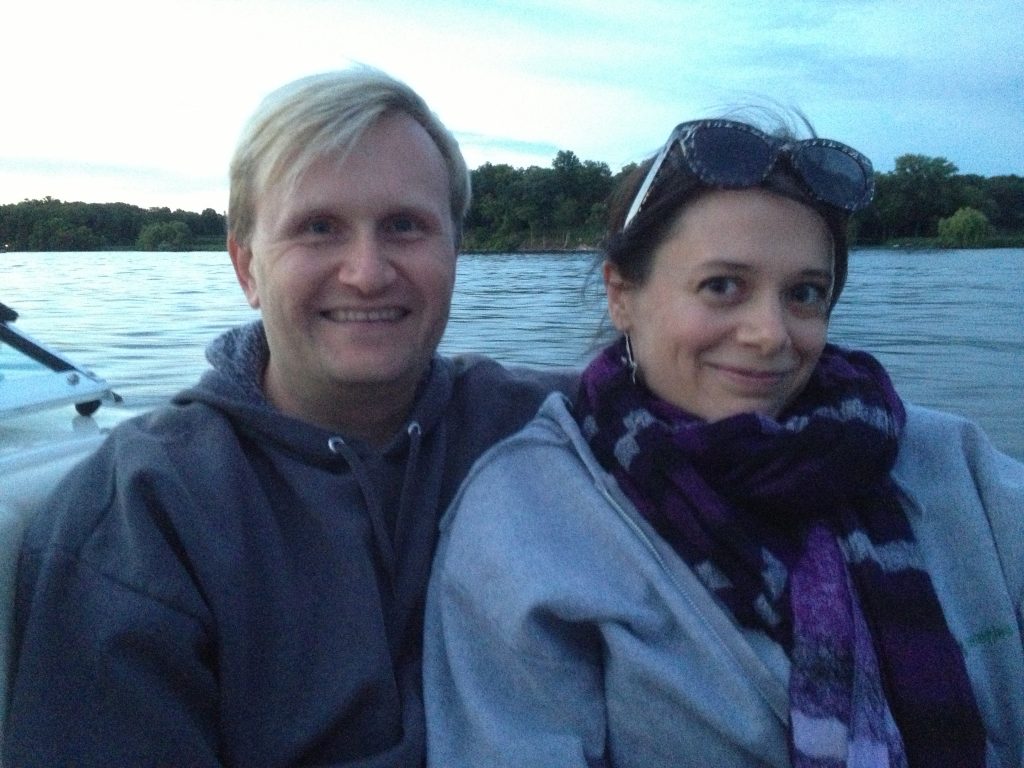 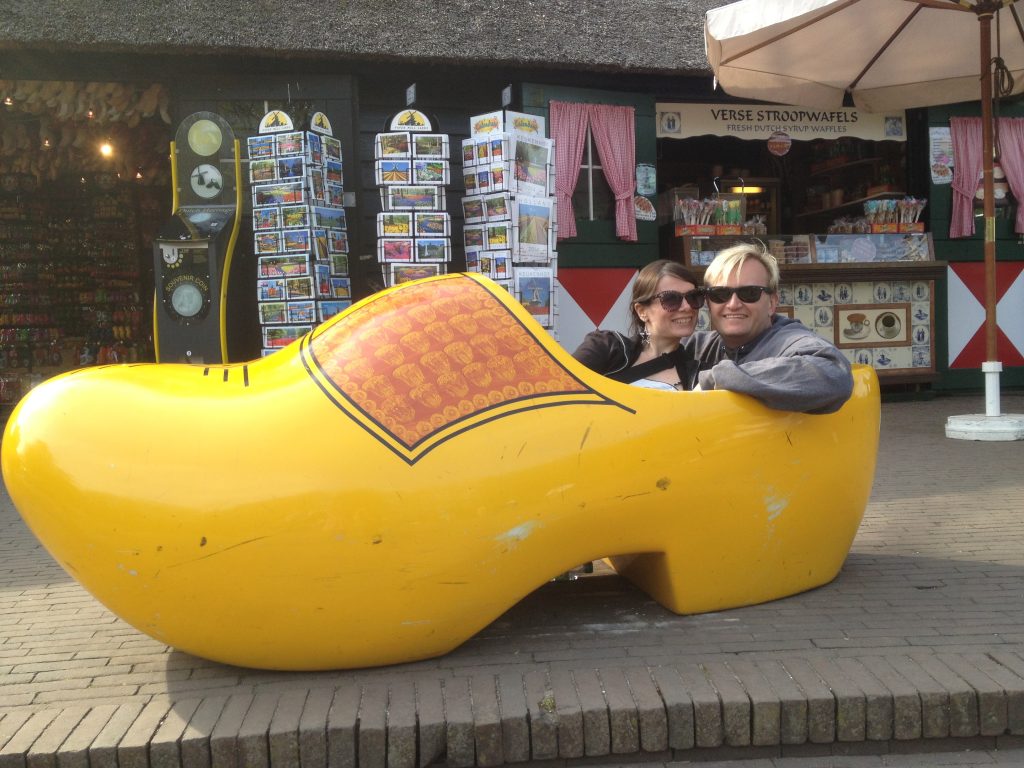 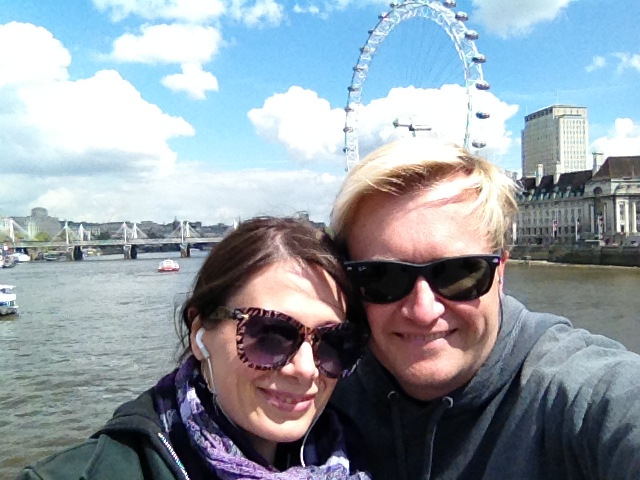 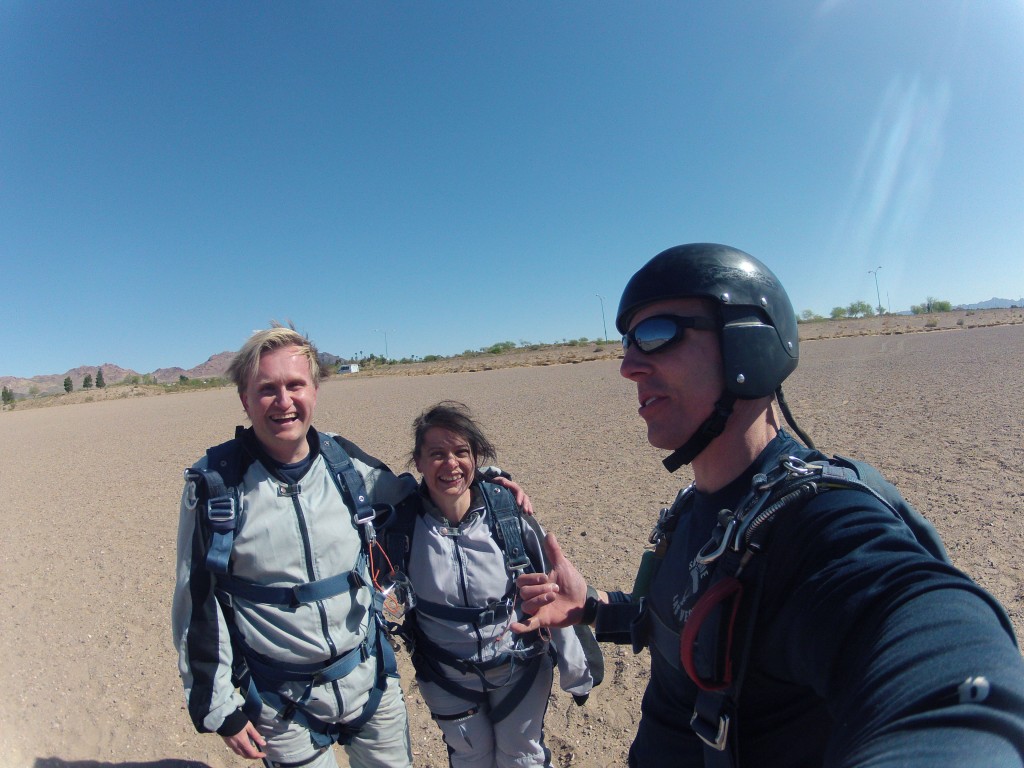 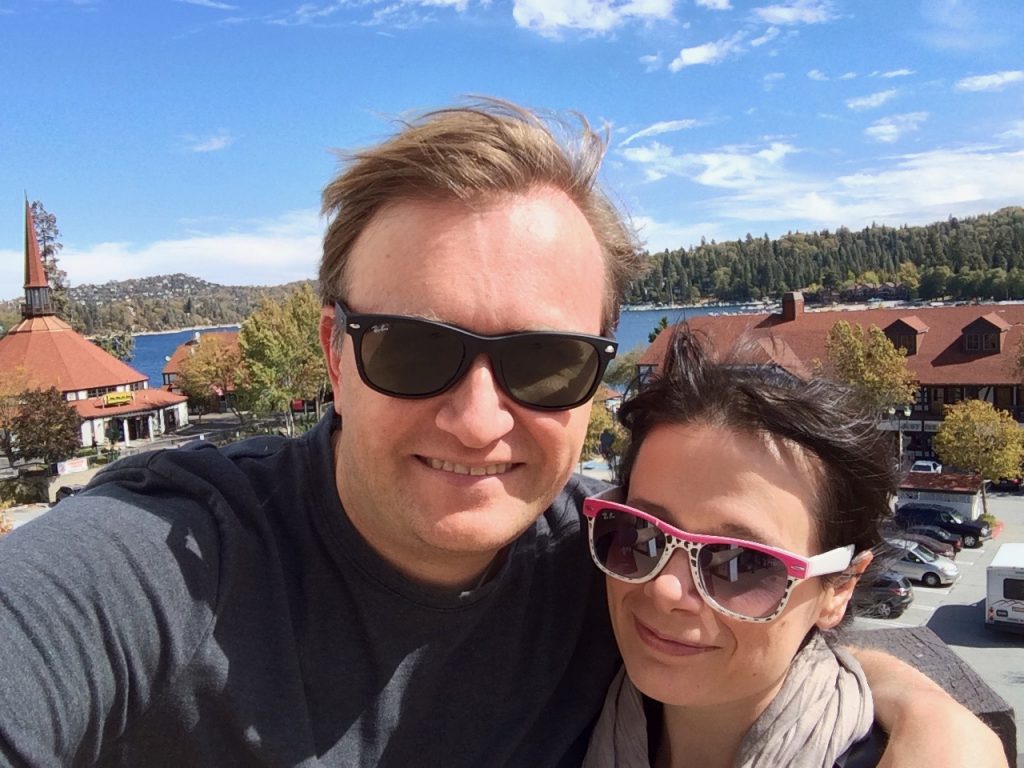 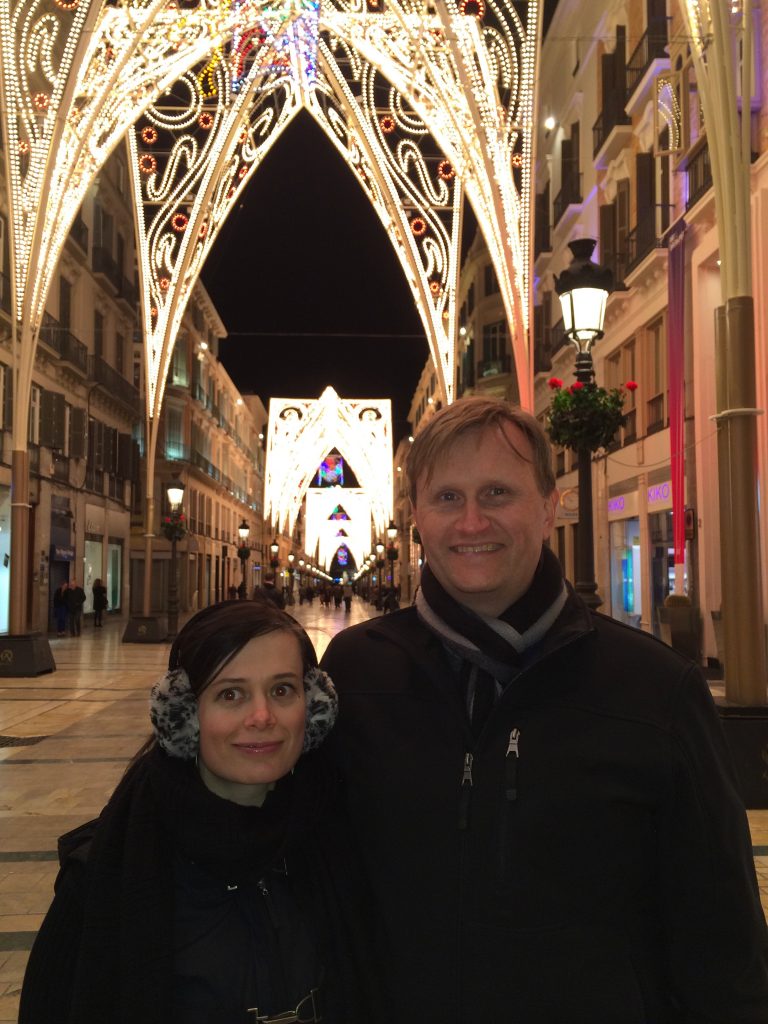 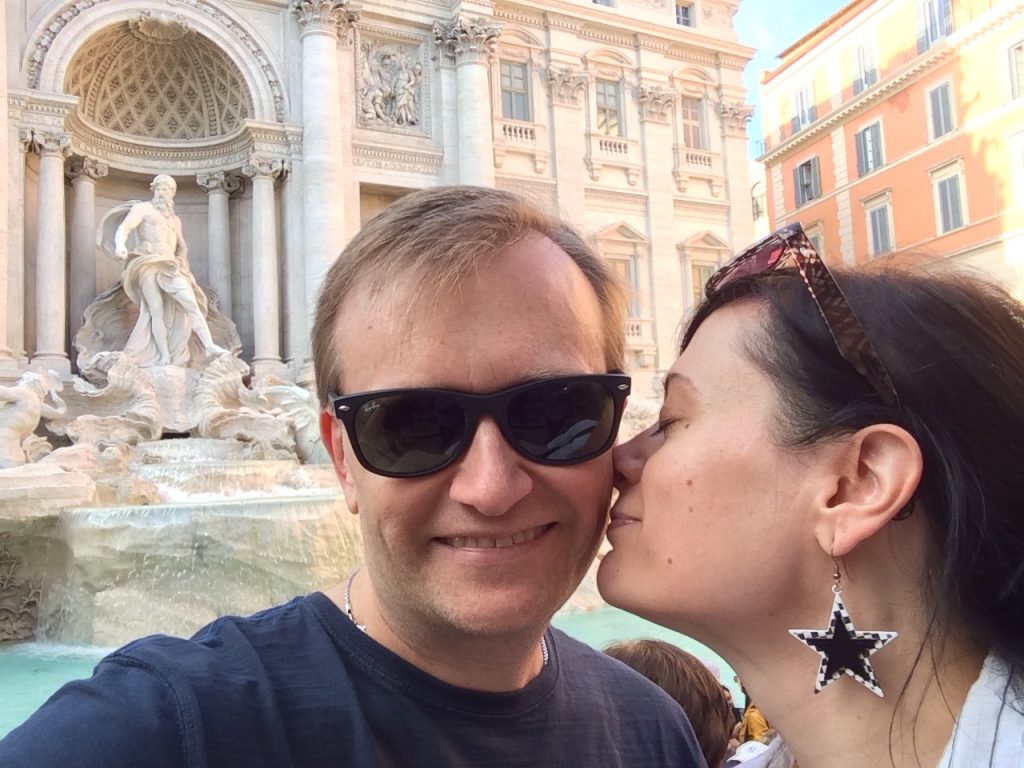 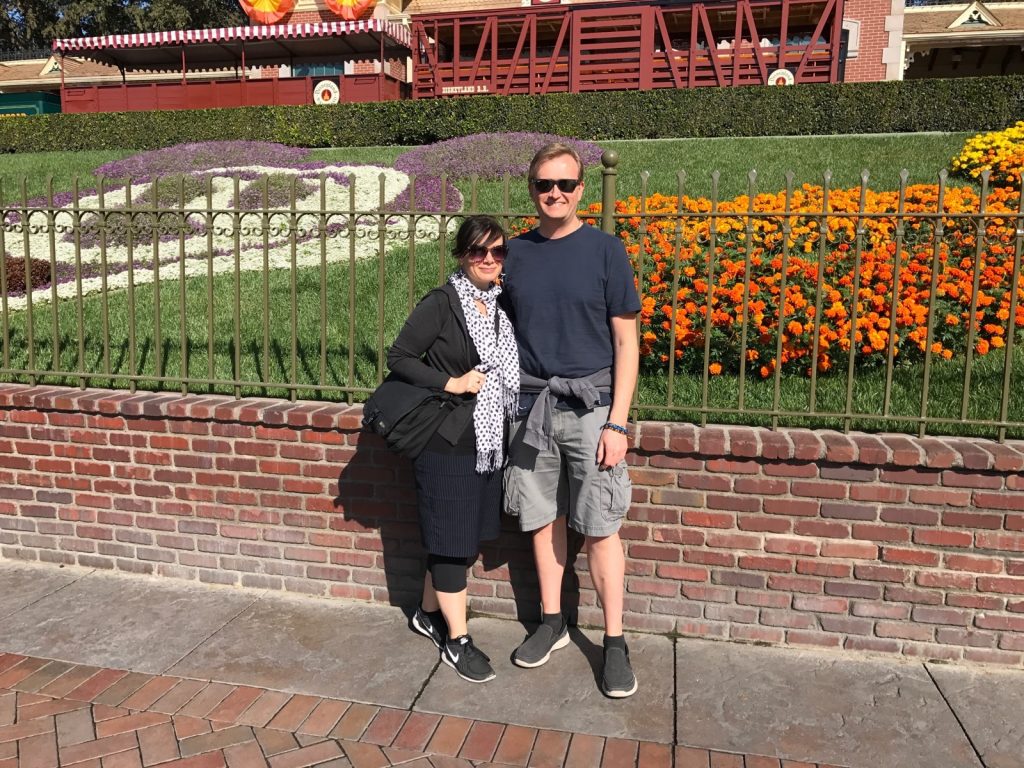 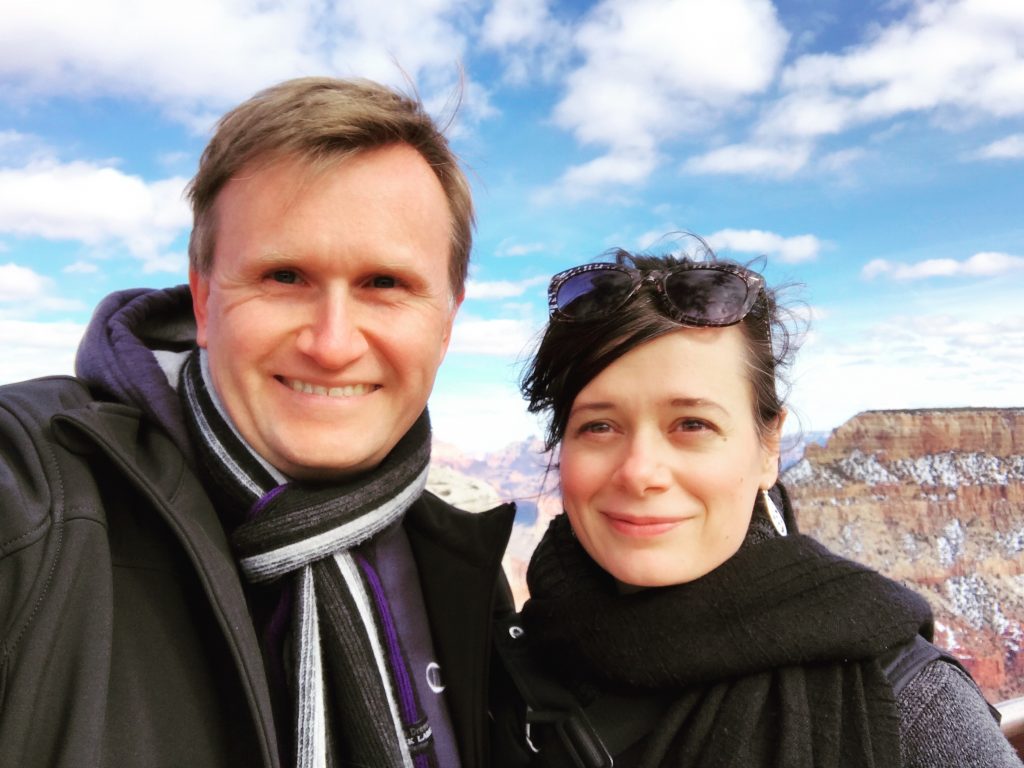 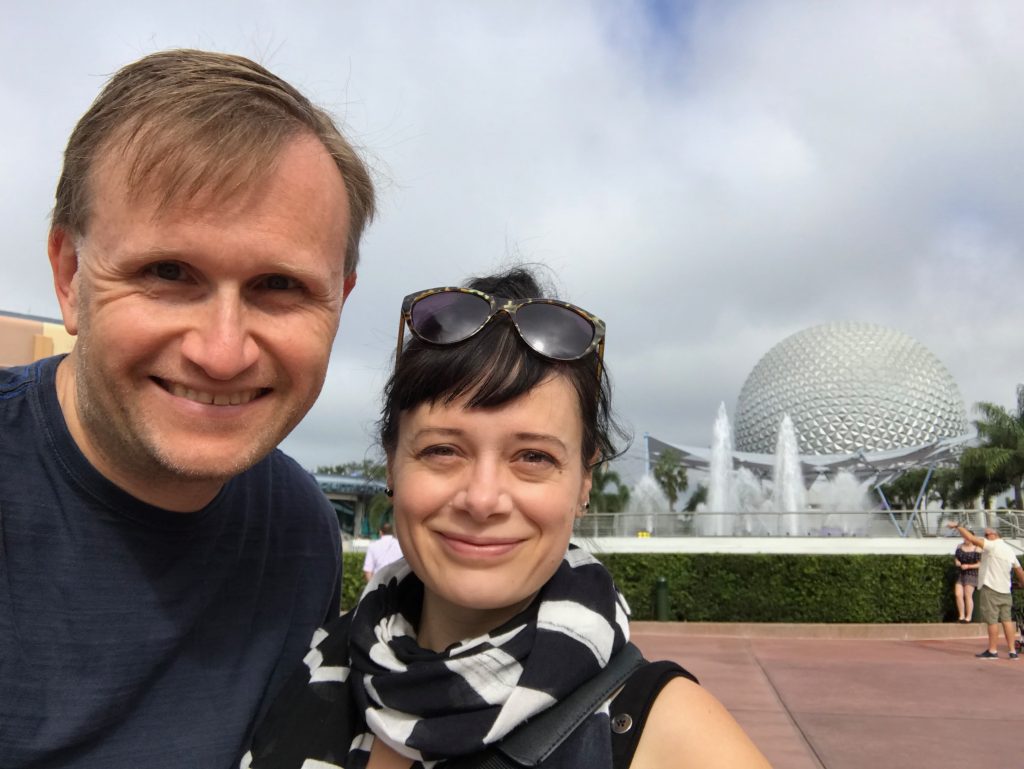 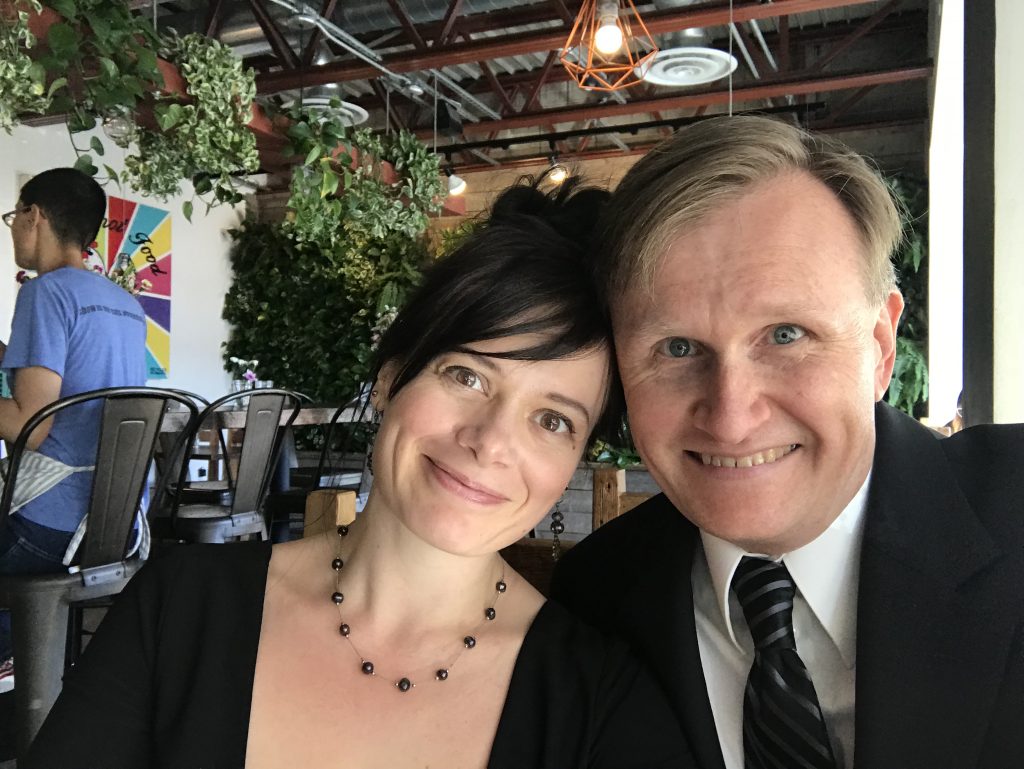 I love you very much, my beautiful wife. And I look forward to many more happy years with you. <3