Well huzzah! The new 2018 version of Jeff Walker’s Product Launch Formula just went on sale this week. He’s including some terrific bonuses, making for a seriously tempting offer. I have to say that his sales video is just masterful. I already own PLF, and he makes me want to buy it again. 🙂

I bought PLF last year, and I can honestly say it’s one of the few products that truly improved my results – dramatically even, since I did my first six-figure launch earlier this year, thanks to what I learned from PLF and from Jeff’s community.

If you step forward with this, you’re embarking on a journey that’s bigger than you probably realize. I share this as someone who faced a similar decision last year.

This is the kind of thing that can change the direction of your life for many years to come, and it really does have that effect on people. I’ve talked to dozens of people from this community in person at two of Jeff’s live events (Oct 2016 and April 2017), and I heard some amazing stories. You can see some of those stories in the PLF case studies.

I’ve seen some wild things happen in this community while I’ve been involved in it. I love that it’s all about growth and improvement. Many people start with nothing – no following, no list, no idea – and they dive in, do the PLF course, take action, and start making progress. The longer they’re involved with it, the more progress they make. If you go to one of Jeff’s live events, you can meet many financially abundant people who started out broke. Jeff even brings them up on stage to share their stories, tips, and advice. I love that the community is so generous with their how-to knowledge.

I’ve seen people flub their first launches and only get one or two sales. Then they get help from the PLF community to analyze their launch and learn from it. And their next launch a few months later does more than $100K in 5 days. How would you react if you got that kind of help? It often makes people gush with gratitude, and they’re eager to pay it forward. I see these same people offer tons of support, advice, and encouragement to the people who are right where they used to be. It’s a community where people help each other get a leg up.

This is an oversimplification, but it’s like the people who are doing 7-figure launches help those doing 6-figure launches, and the 6-figure crowd helps the 5-figure crowd, and the 5-figure group helps the newbies. There’s always help for whatever level you’re at, and there always another level to explore. And it’s actually a lot of fun because everyone is working on such interesting challenges.

You might think it’s thrilling to hear stories of people earning a year’s worth of income in a week. It’s even more thrilling to actually do it. And then of course you want to see if you can top it the next time. 🙂

The PLF community gave me a newfound appreciation for launches. A launch is really an artform – a form of self-expression. It’s a way to share your message with the world and to attract a community if that’s what you want.

Here are some photos I took at PLF Live in April in Phoenix to give you a sense of the community that Jeff’s work attracts. It’s a lot of smart people to be sure, but it’s also very playful. In the second photo, a bunch of people are dancing on the stage together at the end of the event. Yeah, people get pretty excited about launches. And these events are a great place to connect and learn from others. If you’re an introvert, that’s totally fine. Jeff is an introvert, and so are most of the other people he attracts. We’ve all had to learn to stretch ourselves. If you need help socializing, there’s plenty of coffee to get you talking. 🙂 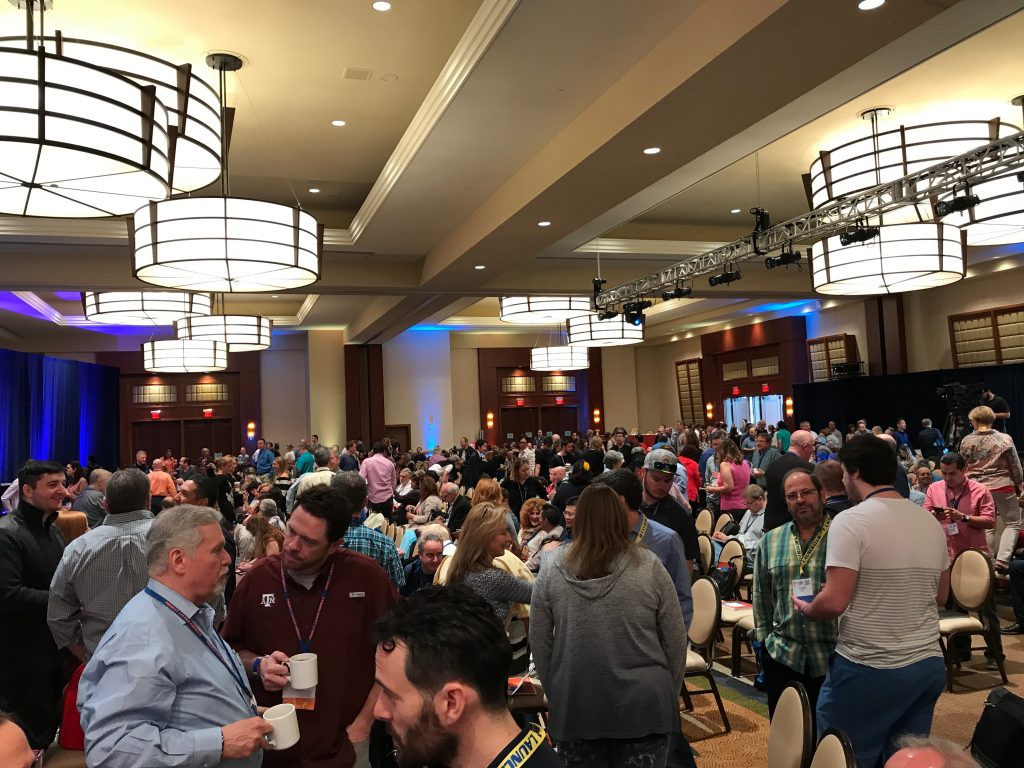 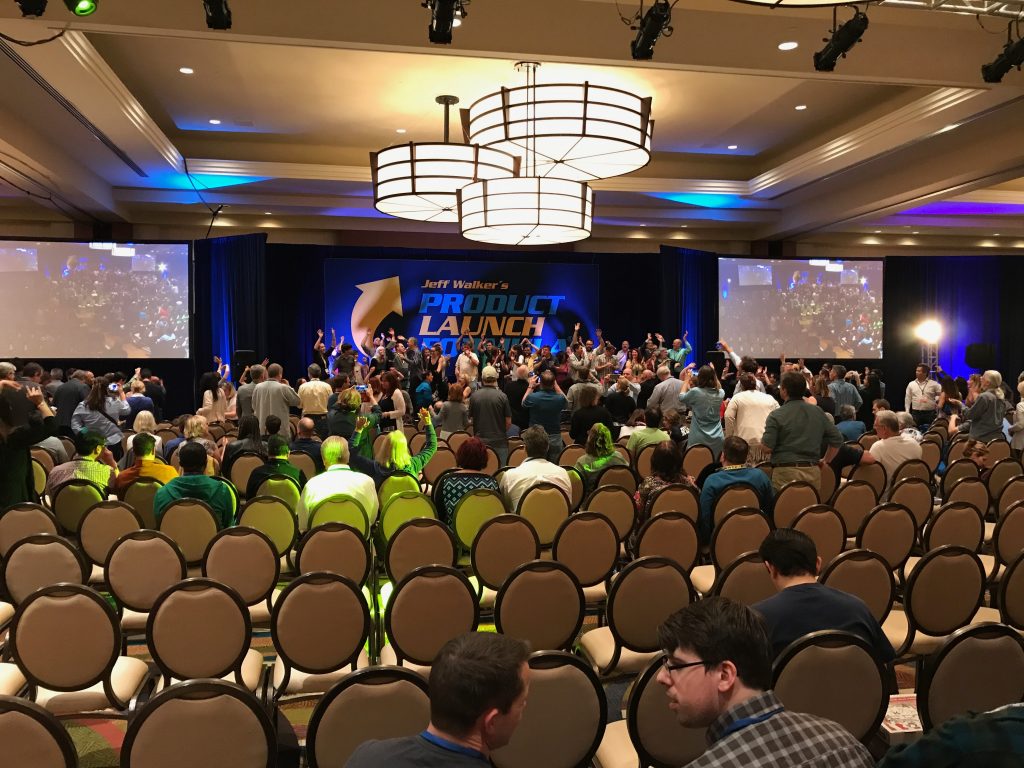 A Little Something Extra

Based on the feedback I’ve been getting about this, it’s clear that a lot of StevePavlina.com readers loved Jeff’s free launch workshop (which is still available for a few more days). More than 2800 of my blog readers watched it. Some of them emailed me back to thank me for the recommendation. Well… you’re welcome, and I’m glad you enjoyed it! 🙂

The new 2018 version of Product Launch Formula just went on sale yesterday, and more than a dozen of my readers bought it already. It’s fair to say that dozens more will get it by Friday, when the sale ends for the year.

So… here’s what I’m thinking. I’d love to do a little extra something to help the people from our community who are now getting started with PLF. I’m still pondering what extra help I can provide, so give me another day or two to think about it, and I’ll let you know.

One idea would be to help the StevePavlina.com readers who are also joining the PLF community connect with each other. Obviously those will be the coolest people there, right? 😉

Another option would be to host a special video call where I can give you extra tips and advice on getting started with PLF. I can also tell you the patterns I’ve seen among those who do really well on this path.

Whatever we do, this would be an extra free bonus from me. Partly I’d like to do this because I’ve gained a lot from the PLF community in the past year, and I think this would a nice way to pay it forward.

I do have a selfish motive too, which is that if I help you get off to a solid start with PLF and you go far with it, then maybe you’ll have more money to spend on your personal growth pursuits, such as a Conscious Growth Club membership, future workshops, and so on. Hehehe. But I think that’s win-win for everyone, isn’t it? 🙂

So if you do get Product Launch Formula this week, please send me a message to let me know. Then I can keep you in the loop about this. And also let me know if you have some ideas regarding what extra help and support you might like from me. I have a few ideas already, and I’m open to more.