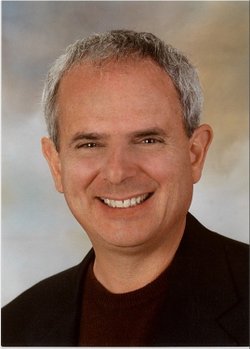 Hale Dwoskin, author of The Sedona Method, has created another free audio to share with you called Why You Aren’t Achieving Your Goals… and What to Do About It.

Hale’s previous audios have received more than 10,000 listens so far, so there’s been a lot of interest in them.

You can listen to these free audios here: Sedona Method – Free Audios

What I’ve Been Learning from the Sedona Method

I’m continuing to listen to the Sedona Method Supercourse on my own, and I’ve been having some interesting realizations along the way.

I especially appreciate Hale’s distinctions between wanting and having. As I went through one of the exercises, I realized that I was distracted by something I was thinking about buying. When the new iPads came out in March, I considered buying one but figured my original iPad was still good enough, so I didn’t get a new one.

But as I would continue to use my old iPad, I kept having thoughts like, I’ll bet this ebook would look really nice on that new retina display, and It would be nice if I had something faster and more responsive, so I didn’t have to wait as long for apps and pages to load, and It would be really nice to dictate this email instead of typing it.

But I dismissed those thoughts as justifications for something I didn’t need. A new iPad is an extravagance I can live without, I told myself.

I also thought that I might justify getting a new iPad by giving my old one to my kids, who love using it for games and YouTube videos when they’re at my house. But of course that’s just an excuse to get something I don’t need, came the mental reply to myself.

But I can easily afford it.

Yes, but you don’t need it, so you shouldn’t have it.

But I think I would use it a lot.

You can use the old one. It’s fine.

I can’t have it just because I want it?

No, you can’t. You need a better reason than that. But any reason you propose would be invalid, so don’t bother trying to convince me.

As I did the Sedona Method exercise, I observed and released many thoughts related to attachment, resistance, and justification with respect to a seemingly simple purchase decision. As I did this, I could even hear my Mom’s voice when I was a kid, saying, “Awww, you don’t really need that,” as we left a store empty handed. I realized I had a good deal of conditioning from early childhood that said, You can’t have what you want. You don’t need it.

It only took about 10 minutes to unearth and release this emotional programming. Afterwards I put the decision aside for a day or two. Then I took a fresh look at my interest in a new iPad. I decided that if I still wanted one, I would get one. And if I saw that I didn’t really want one, then I would let it go and be content with what I had.

And if I wanted one and got one, there would be no need to justify the purchase, seek approval, or ask permission.

Once I got that emotional programming out of the way, my thoughts on the matter shifted. Instead of wrestling with the emotional aspects of the decision, I became more curious. I went to Apple’s website and looked at the features of the new iPad. I considered whether it would be a worthwhile and practical purchase based on my expected usage patterns. I talked to Erin about giving the kids the old iPad and asked if she felt they could share it fairly. I went about making the decision on more logical grounds, no longer so influenced by past emotional programming.

I no longer felt a strong emotional attachment to having a new iPad, nor did I feel any emotional resistance to getting one. Overall I felt pretty neutral about it, like how I might feel if I was deciding which stapler to buy.

In a fairly short period of time, I concluded that yes, this would be a sensible purchase, and I went out and bought one that day. I’ve been using it for a few days now, and I can see that this was a good purchase for me. I’m using it every day, I appreciate the higher quality display (much easier on the eyes), and the faster processor delivers a nice speed improvement in app launching and page loading. I don’t really care about the camera or some of the other features, but overall I’m content with the decision.

Now when I’m using the new iPad, I don’t feel distracted by emotional programming telling me what I can or can’t have. I simply use it.

This may seem like a fairly basic example, but it was still pretty eye-opening for me to experience the difference between wanting and having and to see how unconscious patterns were keeping me stuck. It’s good to know that those old patterns can be released — and without having to replace them with anything in particular. You can just let go of those old patterns, using effective techniques like those in the Sedona Method. Instead of being knocked around by emotional triggers, you can approach decision-making more sensibly and get out of your own way.

Incidentally, your past programming may be very different than mine, so you may even disagree with my decision, which is fine. I have no attachment to your approval or disapproval over this choice. But if this story triggered any emotional responses in you as you read it, take note that these reactions are coming from patterns stored in your mind, not from the story itself. The story is just a story and has no inherent meaning; if it meant something to you, then you’d surely benefit from releasing some of that conditioning since it can and will affect your behavior, such as by creating unnecessary obstacles for you when you try to pursue a larger goal.

Hale is right about one thing: Having is better than wanting. It’s more peaceful, productive, and intelligent to have an experience instead of wanting it, especially if it’s fairly accessible. It’s good to let go of attachment to false desires for experiences you don’t really want, but if you release that attachment and still observe the desire — this time as a more practical intention as opposed to an emotional trigger — then you might as well go get it instead of vacillating over whether you should or shouldn’t… could or couldn’t… would or wouldn’t…

← How to Stop Being DisappointedRIP Stephen Covey →

Take the Red Pill... and Free Your Mind

Thanks for requesting access to the Subjective Reality Breakthroughs video series. To watch the videos, please click the confirmation link in the email that has been sent to you.